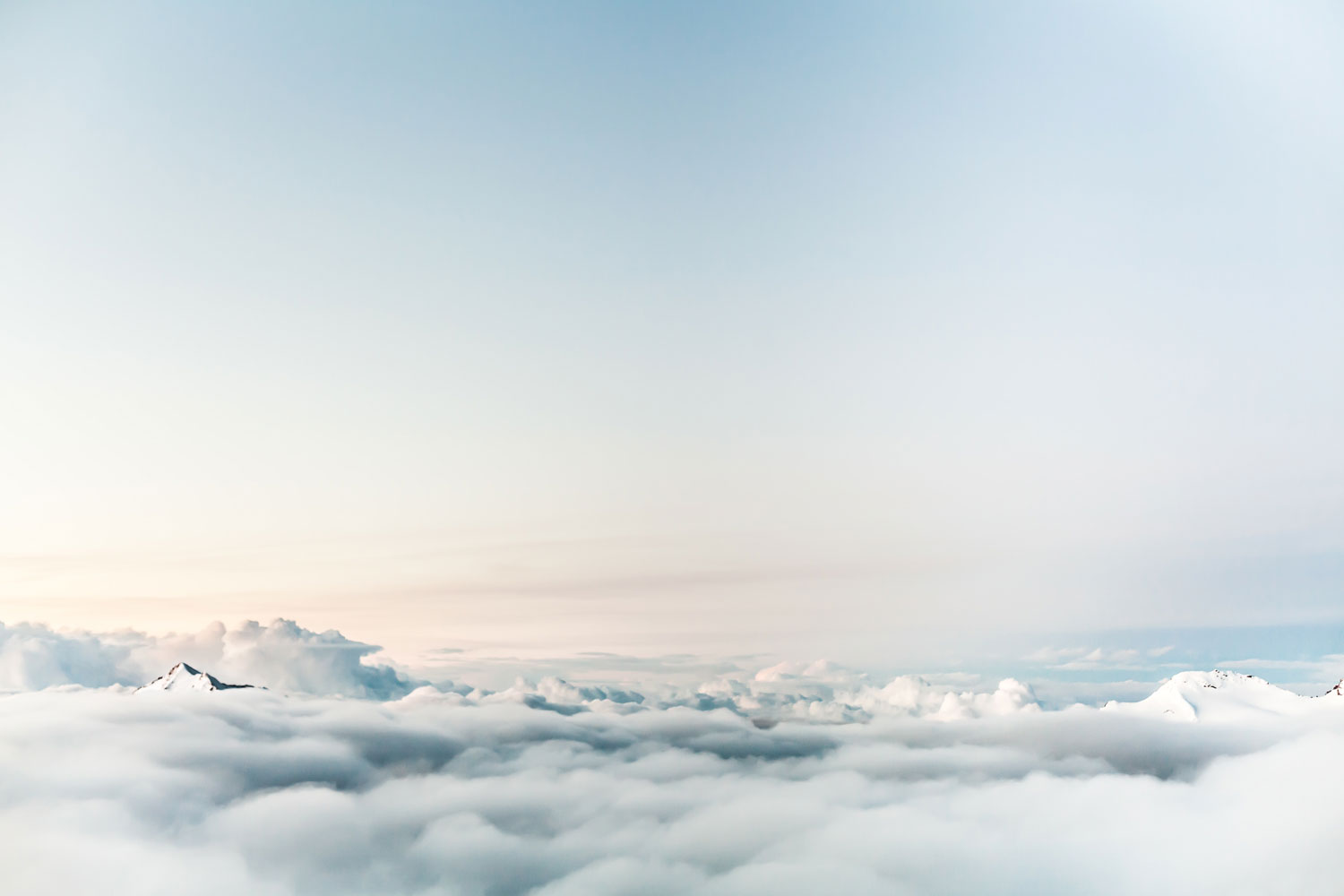 The simplest definition I have developed so far is:

„Transpersonal Coaching is a psychologically and spiritually informed developmental conversation – lead from a state of consciousness that acknowledges humans as beings with a body, a mind, a soul and a spirit.“

The definition contains three elements. Firstly the definition of the practice of coaching. Secondly, transpersonal psychology as the founding piece of scientific work underpinning transpersonal coaching. And lastly, the notion of the human being.
I will address one topic after the other, starting with my understanding of the practice of coaching, and continuing with a brief discussion of transpersonal psychology and its philosophical underpinning.

The practice of coaching

The word „coach“ originated from the name of a high-end carriage that was popular in England in the 17th century. A carriages’ essential function is to bring people from A to B. This fundamental function is still relevant in coaching today: coaching should help you to come from A to B. Where A lays and where B lays (or, if actually after consideration, you change your mind and decide to go to C), is entirely up to you. The coach is a vehicle that holds the space for you to travel your journey. Depending on the territory, the duration of the journey and the destination, you might need a different coach.

If you are engaged in a coaching journey, it is safe to assume you want to get better at something – in other words – you want to learn. Learning can be done in different ways, conversations being one of those. Helpful conversations invite inquiry, reflection and reorientation when you are stuck and turn in circles. They invite new awareness and fresh perspectives. In our action-oriented world, this space for reflection and learning is often lacking. It is here that coaching provides value by offering a safe space for inquiry, reflection and learning. Ideally, a coach not only helps you to go from A to B, but also builds awareness and competency on HOW you travel from A to B. So that next time you face a similar challenge, you might decide to do it on your own. Such reflection does not come easy for most people. Hence, a coaching conversation is used as a vehicle of reflection and learning.

Coaching has different roots in sports, business and psychology. All have made important and valid contributions. Whilst the two former ones often focus on performance, the latter focuses on personal growth. Ultimately, these domains are integrated in a healthy individual, as performance increases if you are psychologically healthy. Nevertheless, it can be useful to separate them for the sake of conceptual analysis. Wherever they come from, all coaching schools share an emphasis on facilitating growth and learning. This needs some understanding as to how people grow and develop. That is why I believe that coaching needs to be underpinned by psychological theory.

The word transpersonal has been coined in the late sixties by a group of eminent psychologists around Abraham Maslow (Maslow, 1993), Viktor Frankl (Frankl et al., 2017), and Stanislav Grof, and has given rise to the fourth wave of psychology.  It is called the fourth wave of psychology because it builds on three previous schools – the psychodynamic schools (Freudian schools), the behavioural and the humanistic schools. All these schools are still in use today. They continue to build on each other and complement each other. The fundamental difference between transpersonal schools and the other schools is the way they look at the self -and by extension, what is possible in terms of human development.

At the same time, transpersonal authors warn against equating transpersonal with spiritual. They are intimately connected, but not the same. As this is so fundamental to the entire process and model laid out in the Transpersonal Coaching Handbook, I want to elaborate on this conundrum.

I start with a definition of „transpersonal“, from John Rowan, an eminent British Psychologist, who has published widely on transpersonal therapy and coaching.

„The transpersonal is a level of consciousness where we admit that we are spiritual beings with a soul and a spirit. As we know from the work of Ken Wilber (2000), it is usual to distinguish between the pre-personal, the personal and the transpersonal, and this seems to be clear enough. The personal is the ordinary everyday consciousness with which we are all familiar; the pre-personal is all that comes before that in the process of development and is well described in developmental psychology generally, and the transpersonal that which genuinely goes beyond the personal into the realm of the sacred, the numinous, the holy, the divine.“ (Rowan, 2015, p.145).

You note that Rowan intimately linked transpersonal to the awareness of a spiritual centre.  However, he also goes on to say that there is something about developmental levels – and it is here where transpersonal authors divert from the broader term „spiritual“.

He does make an important point here in delimiting „transpersonal“ from the somewhat vague „spiritual.“ Rowan raises an important point here. We can say here that transpersonal psychology is an attempt to integrate spiritual development into psychology. By doing so, it claims scientific rigour and lays claims to provide a thoroughly researched model of human development beyond what is usually achieved in a human lifespan. Sometimes, the foundation of the Journals of Transpersonal Psychology (1969) is cited as the date of birth of transpersonal psychology. (Rowan, 2016, p. 145). The academic origins give the term an aura of scientific rigour and make it for many more acceptable than the vague term „spiritual.“

The transpersonal looks at a specific construct in adult development theory and does make an implicit claim as to the maturity of its belief content. Rowan’s definition (cited above) addresses the two defining beliefs in transpersonal psychology which are a) we are spiritual beings, and b) there is a pattern in how the human psyche develops through different phases of maturity, with the transpersonal dimension being seen as the most congruent.

For the purpose of this book, I will use both „spiritual“ and „transpersonal“, but I take care to distinguish the two.

I use „spiritual“ and „spirituality“ in the sense of Cindy Wigglesworth (2014) as: „our innate human need to connect to something larger than ourselves.“ I use „spiritual“ exclusively in the context of a personal spiritual search, either mine, the readers, or that of a client. It does seem to me that the term spiritual denotes an acknowledgement that one believes that spirit is the fundamental organising principle of our universe. However, the term spiritual does not imply a hierarchy of developmental stages of such a spirituality. This „need to connect to something larger than ourselves“ can be quite naive, such as in fundamentalist religions, political „-isms“ or other crusading ideas.

I use the term transpersonal when referring to coaching or psychological theories, as a construct in adult developmental theory where it refers to a level of consciousness.

Also, it is probably important to say that the transpersonal is not the religious. Religion, as we have come to understand it, is linked to being part of an organised faith community, with a clearly distinctive dogma and usually a hierarchy that keeps the content of the dogma intact. Transpersonal experiences can happen within and without organised religion. Indeed, the transpersonal focuses on the experience and thus gives the coach a framework to work on spiritual issues without the framework of dogma.

If we combine what I have written on the practice of coaching and transpersonal psychology we come close to a definition.

Transpersonal coaching then is simply coaching that acknowledges the transpersonal dimension of human beings. This does, in my experience, take two forms: it can refer to the topic at hand or the method employed.

In the first case, a client presents with a topic that does seem „transpersonal“. In my early years of coaching, I had a client who wanted to explore the lack of meaning in her work life. Experiencing lack of meaning is considered a „transpersonal“ topic because it signals a shift in perspective of a presenting client – a client who realises that suddenly, what was enough on the last phase of life, might not be enough in the future. Issues of meaning, values and purpose go beyond the personality, in the realm of the transcendent – and are thus considered transpersonal.

In reality of course, this neat distinction between „transpersonal“ and „mundane“ topics does not work. Clients who show up with transpersonal concerns realise that the solution to the problem might be very tangible. And clients who come with a seemingly straightforward ambition such as „finding a new job“ end up realising that the reason they want a new job in the first place is lacking congruence with their deeper aspirations.

For transpersonal coaching, this means we aim to go deeper. We are particularly well equipped to deal with topics such as mid-life crisis, existential doubts and loss of meaning and purpose. These are all “transpersonal ” topics,  in the sense that they go beyond the personal life on this earth.

The second meaning of transpersonal coaching refers to the methodology that the coach uses.  A transpersonal coach takes seriously what Albert Einstein wrote: „No problem can be solved with the same level of consciousness that created it“. In the context of coaching, the coach chooses to open a wider space of awareness than our usual, daily consciousness. By doing so, the transpersonal coach invites the client to join this space. If you are interested in some examples of how this is done, please check my article on the ICF Coaching Global blog. You will find detailed instructions and methods in my upcoming book on transpersonal coaching. If you are interested to remain in the loop about the development of the book, you are welcome to join my Linked-In group on that matter! You will get early content and the opportunity to feedback and be part of a very exciting project.